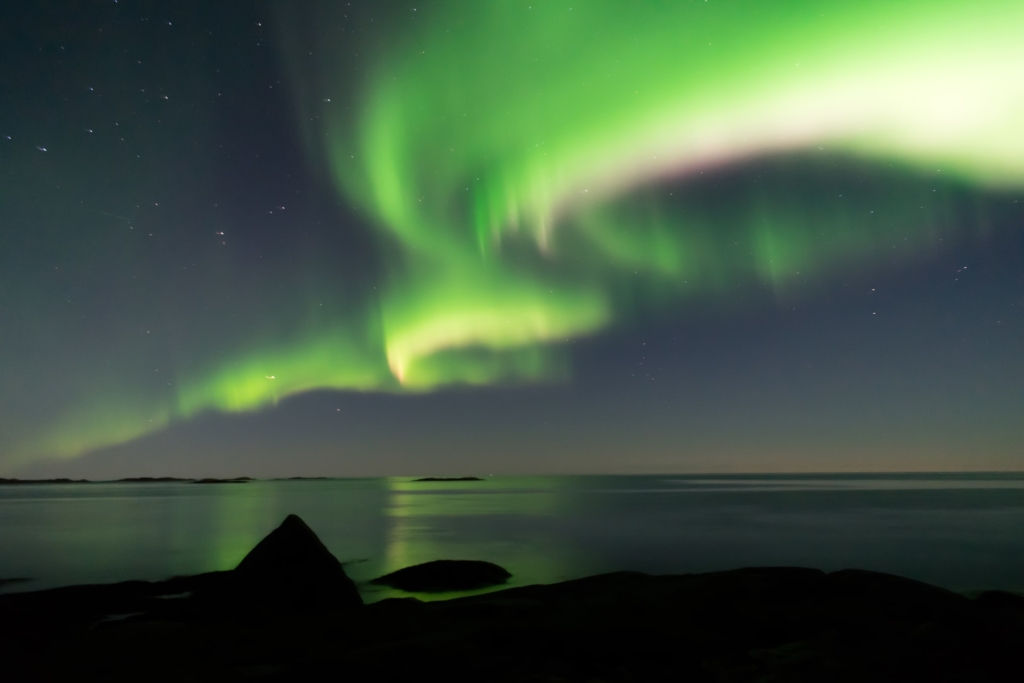 Tromsø is known as the Gateway to the Arctic. It is located in the middle of the Aurora Borealis (Northern Lights) zone and is therefore one of the best places in the world to observe this phenomenon. Because of the planet’s rotation, Tromsø moves into the aurora zone around 6-pm, and moves out again around midnight. This beautiful Arctic city is surrounded by the panorama of the Lyngen Alps, blue fjords and hundreds of islands.

After arriving at Tromsø Airport, you will be transferred to Tromsø centre by Flybussen (Airport Shuttle). Make your way to your hotel and check-in. In the evening make your way to Scandic Ishavshotel where a bus will pick you up at 19h15 for an exciting Northern Lights tour (approx. 4 hours). Your local knowledgeable guides will take you to the best areas to see the Aurora. The guides will also tell you various interesting information about the phenomenon such as the science behind it and the folklore beliefs of the local people. You will also be shown how to adjust your camera for optimal pictures under these conditions. This tour will be a hunt for the Aurora, which means you just keep driving until you see the lights or until time is up. Should you see the Aurora earlier you’ll be taken to a basecamp where one can warm up in a Lavvo (Sami herdsman’s tent) sitting around the fire and toasting marshmallows. Return to the hotel.
Overnight:  Tromsø

Today you will have most of the day at leisure to explore Tromsø city. In the evening you will depart on your 3.5 hour dog-sledding adventure. Each sled will be controlled by a professional musher as you are driven through the beautiful Vass Valley, an uninhabited forest landscape surrounded by mountains. During the tour you will have a hot meal and perhaps the Northern Lights will also make an appearance this evening. Thereafter you will return to your hotel.

*Alternatively the tour can also be done at 09h00 or 14h00 but then there is no chance of seeing the Northern Lights
Overnight:  Tromsø  (BD)

You will again have the morning and in fact the majority of the day at leisure to explore Tromso. Depart from the Scandic Ishavshotel at 17h00 (please be there at least 15 minutes ahead of time). The drive to Camp Tamok in Oteren will take approximately one and a half hours giving you a fantastic opportunity to see the surroundings of Tromso. The camp is located in a valley and offers a more stable and drier climate compared to the coast which should mean less atmospheric resistance to seeing the Aurora. From the camp you depart on a safari hunting for the Northern Lights after which you return to Tromsø around midnight. A warm meal and warm clothing will be provided during this excursion.

*Alternatively you could also spend the entire day at Camp Tamok for an additional supplement of around 3061 NOK per person.

Depart from the Scandic Ishavshotel at 09h00. At the camp you will depart on a 15km snowmobile safari and then enjoy a warm meal. You will be on your own from 14h30 to 18h00 with optional activities available until the tour continues as per the itinerary above with the snow safari to hunt the Northern Lights.
Overnight:  Tromsø  (BD)

Today will be entirely at your leisure in Tromsø. Entrance fee to Polaria Aquarium and Environmental Centre is included in this tour so you could make a visit to the Centre part of the day’s plan. Watch the panorama film and then walk along the “Arctic Walkway” which is a collection of displays highlighting the problems the melting artic ice is causing and research that is underway to rectify the situation. Polaria is open from 12h00 to 17h00. If you have not done so previously you should also make sure to visit the Arctic Cathedral, the northernmost cathedral in the world.
Overnight:  Tromsø  (B)

After breakfast make your way to the city center for your shuttle bus transfer to the airport.    (B) 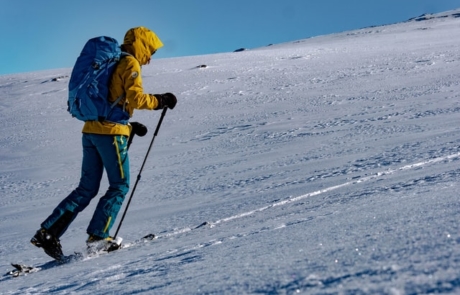 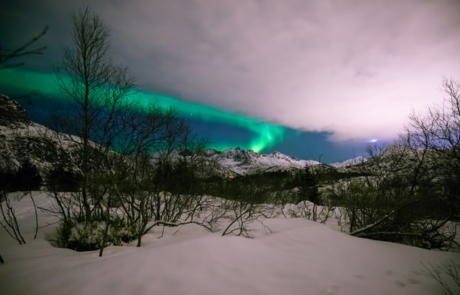 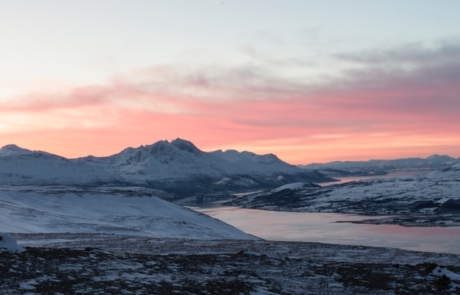 Note:The above price is based on a minimum of 2 persons traveling. Single travelers will incur additional supplements.