Morocco – it is colourful, friendly and exotic with a fascinating mix of Arab, Berber, African and European influences. Aromatic tagines; palm spotted, red-earthed landscapes and friendly hospitable people define the true warmth of Morocco. Glimmering silver or gold, the glint of emerald or turquoise, great wild stretches or animated creeks … the Moroccan coastline embodies happiness. From the sands of the Sahara to the Atlas Mountains, Morocco offers an infinite variety of landscapes; arid and rocky plateaus; secret gorges and lush green valleys; infinite sand dunes; forests of cedar and cork oak and semi-desert hills. A rich history and rural culture is evident even in the remotest valleys. Experience the labyrinthine walled medieval cities and Berber fortresses. Morocco brims over with contrast and mystery and all you can do is simply catch your breath in wonder. Welcome to Morocco!

CLIMATE
Morocco’s climate is moderate and subtropical, cooled by breezes from the Mediterranean Sea and Atlantic Ocean. In the interior the temperatures are more extreme, winters can be fairly cold and the summers very hot. Marrakech has an average winter temperature of 21’C and 28’C in summer. In the Atlas Mountains, temperatures can drop below zero and High Atlas Mountain peaks are snow-capped throughout most of the year. The winter in the north of the country is wet and rainy, while in the south, at the edge of the Moroccan Sahara, it is dry and can get cold at night.

Below are a few hints that may help you when planning for your trip to Morocco:

CLIMATE
Morocco’s climate is moderate and subtropical, cooled by breezes off the Mediterranean Sea and Atlantic Ocean. In the interior the temperatures are more extreme, winters can be fairly cold and the summers very hot. Marrakech has an average winter temperature of 21ºC (70ºF) and 100°F (38°C) in summer. In the Atlas Mountains temperatures can drop below zero and mountain peaks are snow capped most of the year. The winter in the north of the country is wet and rainy, while in the south, at the edge of the Moroccan Sahara, it is dry and bitterly cold. Rain falls from November to March in coastal areas.

The best times to visit are Spring (Mar – Jun) and Autumn (Sep – Oct). Spring may be ideal – the sky is a beautiful deep blue, washed clear by the winter rain, and beautiful spring flowers blanket the landscape. In the summer the temperatures are normally too hot.

CLOTHING
Lightweight cottons and linens are worn during summer, with warm medium weights for the evenings during winter and in the mountains. Waterproofing is advisable in the wet season, particularly on the coast and in the mountains. Morocco is a Muslim country and it is preferable to keep the wearing of swimsuits, shorts and other revealing clothing to the beach or poolside.Comfortable shoes are a must, preferably with rubber soles.

TOILETRIES
We recommend that you bring some kind of washing soap to do your hand washing. It is also a good idea to bring a blow up hanger, as not all hotel hangers can be removed from the cupboards. Remember to take suntan oil and protection cream. Do not forget a hat for the beach. Most hotels have hair dryers in the room. However, if you do take yours along, make sure that you have an international adaptor set. Moroccan public toilets, even those in cafes or restaurants, generally lack toilet paper. It is worth buying a roll (or bringing one with you).

LUGGAGE
Passengers should restrict themselves to one suitcase each, in addition to hand luggage. For the flight, take toiletries etc. in a holdall. Please pack necessary medication in your hand luggage, as well as a change of clothing in the event of any delays.

ELECTRICITY
Electrical current is 220 volts, 50Hz. Two-pin round plugs are in use.

LANGUAGE
The official language is Arabic, but Berber is spoken by a large minority. French is widely spoken throughout the country, except in the northern regions where Spanish is more predominant. English is more and more widely spoken; there is usually no problem communicating in English at hotels in main tourist areas.

RELIGION
Predominantly Muslim with Jewish and Christian minorities. Morocco’s population and culture stems from a cross-section of origins including Berbers, Arabs, Moors and Jews. Religious customs should be respected, particularly during the month of Ramadan, a month long fast during which all cafés and virtually all restaurants are closed during the day and the pace of work is reduced.

The import and export of Moroccan Dirhams is prohibited; all local currency must be reconverted prior to departure. The import and export of foreign currency is unlimited but must be declared if in excess of the equivalent of Dh15000. Money can be exchanged at official Bureaux de Change only (identified by a golden sign); changing money in the street is illegal. There is no commission charge and visitors will be issued with a receipt, which they must keep in order to exchange Moroccan currency back into the original currency upon departure. Money can be withdrawn in banks with a credit card or directly from an ATM in some larger towns.

Major credit cards are accepted in the larger shops, hotels and restaurants. Travellers cheques can be used in tourist areas.

TIPPING
You will generally find that Moroccans are helpful and we therefore we urge you to conform to worldwide trends in this regard. Tipping is customary with all forms of “public sector workers” from car park attendants/guardians, porters in hotels and airports, hotel staff as well coffee shop and restaurant staff. Many of our clients ask us for recommended rates, so here is a guideline for individual passengers which you are free to follow or not, as you please depending on the level of service:

Waiters in hotels and restaurants should be tipped up to 10% of the bill. At informal cafés, the tip is normally 1-2 Dh per person in the dining party.

Tip porters 5 Dh per piece of luggage; tip for almost any service, no matter how small. Children expect a coin for giving directions or for having their picture taken. Negotiate taxi fares in advance; an additional tip is not necessary.

DRIVING
Traffic drives on the right in Morocco, and international conventions are generally followed. Foreign driving licences are accepted, as well as International Driving PermitsRoad signs follow the European model, and are in both French and Arabic. The major Moroccan roads, particularly those covering the north and northwest of the country, are all-weather highways. In the interior, south of the High Atlas Mountains, road travel becomes much more difficult, especially across the Atlas Mountains in winter.

Speed of travel in Morocco is determined more by road conditions than by regulation. Plan to travel slower than 20mph/30kph in cities and not more than 50mph/90kph on highways.

There are two toll highways in Morocco. One runs from Rabat to Casablanca and the other starts in Rabat and ends in Tangiers. Parking meters line the major streets of Morocco and are valid for 1 to 2 hours of parking. There are parking garages available in the major cities in Morocco.

SOCIAL BEHAVIOUR
Everyone is polite in Morocco. Moroccans shake hands with each other every time they meet.

Morocco is a very hierarchical society; people are dealt with according to their position in the hierarchy, not the order in which they happen to arrive. In markets, this phenomenon is modified: someone selling vegetables will deal with several customers at once, rather than one after another. If you wait meekly to be served in turn, you’ll wait a long time.

In Morocco, access to mosques and holy places is forbidden to non-Muslims, with a few exceptions are the Hassan II Mosque in Casablanca, the Mohammed V Mausoleum in Rabat, the Moulay Ismail Aausoleum at Meknes and the Moulay Ali Cherif Mausoleum at Rissanl.

Accept mint tea when offered, this gesture is a sign of hospitality. If you want to photograph somebody, don’t forget to ask for permission. Smoking is practised widely, and it is customary to offer cigarettes in social situations.

FOOD & WATER
The kitchens of Morocco combine European infusion, Arab trade and age-old custom. These elements form a cuisine that reflects a vibrant and lively culture. The essence of Moroccan food – from spiced couscous to sweet mint tea – is captured and celebrated at meal times. The midday meal is the main meal, except during the holy month of Ramadan.

Couscous, granular semolina, is central to Moroccan cuisine and is often cooked with spices, vegetables, nuts, and raisins. It makes a meal in itself or is topped with rich stews and roasted meats. Lamb is a principal meat – Moroccan roasted lamb is cooked until tender enough to be pulled apart and eaten with the fingers. It is often topped with raisin and onion sauces, or even an apricot puree. Meat, chicken and fish can be grilled, stewed, or cooked in an earthenware tagine (the name for both the pot and the dish). Savoury foods are enhanced with fruits, dried and fresh apricots, dates, figs, and raisins, to name a few. Nuts are prominent; pine nuts, almonds, and pistachios show up in all sorts of unexpected places. Moroccan sweets are rich and dense confections of cinnamon, almond, and fruit perfumes that are rolled in filo dough, soaked in honey, and stirred into puddings. Desert is usually a bowel of fresh fruits.

Bottled water is available and is recommended during your stay. Polular brands include Sidi Ali and Sidi Harazem. Stick to the well-known brands of bottled water and ensure the seal around the cap is not broken. Morocco is mostly dry i.e no alcohol available. As a liberal country alcohol is available in restaurants, bars, supermarkets, hotels and discos. Tourists from the age of 21 are allowed to buy alcohol. Many Moroccans enjoy a drink although it is frowned upon in public places.

RE-CONFIRMATION OF RETURN FLIGHTS
Please remember that it is imperative to re-confirm your flight at least 72 hours prior to departure. Failure to do so will result in the automatic cancellation of your flight.

GENERAL
A suggestion from several passengers: If you enjoy your tea/coffee, take a small immersion heater (plus international adaptor set to make sure the electrical plug will fit), a mug, tea/coffee bags, sugar and milk powder/Cremora. Ordering coffee/tea from room service is expensive! 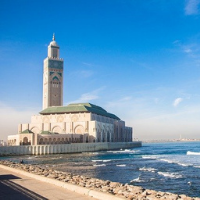 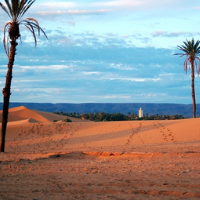 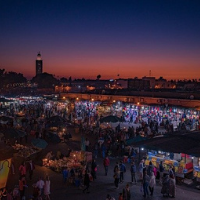 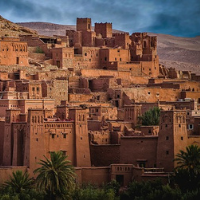 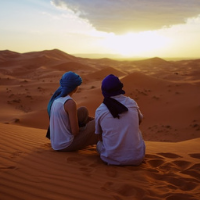