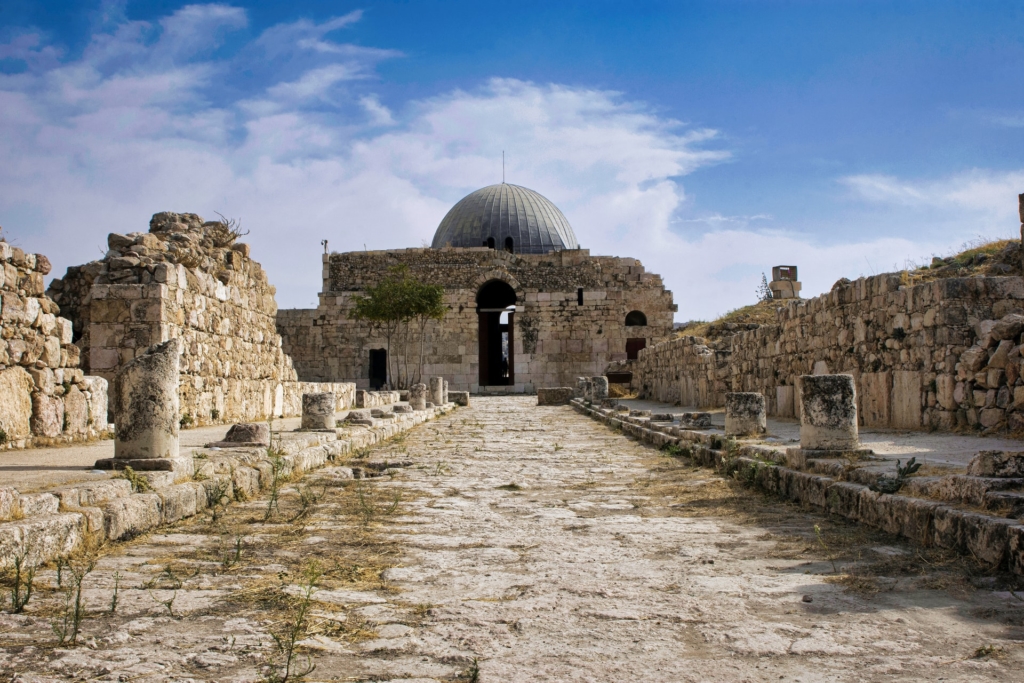 Thursday:  Sheikh Hussein Bridge – Jerash – Amman
You will be collected from your hotel in Tel Aviv or Jerusalem, and drive to the Sheikh Hussein border crossing where you will enter Jordan. Drive to Jerash – one of the Cities of the Decapolis, located about 45 kilometres north of Amman in the fertile heights of Gilead. Visit the Roman city with colonnaded streets, the ancient theatre, the baths, the hill top temple, the triumphal arch and more. Then drive to Amman, the Jordanian Capital, for a city tour.
Overnight:  Amman

Friday:  Amman – Mt. Nebo – Petra – Wadi Mousa (modern Petra)
After breakfast drive to Mount Nebo, from there Moses viewed the Promised Land. From this point you can see the Jordan Valley, Jericho, the Dead Sea and Jerusalem. Then the drive continues along the Desert Highway to Wadi Musa, the modern village of Petra. From there you will travel to the ancient city of Petra, the last bit of which you will have to walk or ride on horseback through the “Siq” (canyon) before you are greeted by some of the most fascinating and iconic highlights in Jordan. The city is known as the Red Rock City, and was the ancient capital of the Nabateans between the 3rd century B.C. and the 2nd century A.D. Visit the carved monuments, such as the Great Treasury, (El Kahazane), the field of the tombs, obelisks, and altar (Al Madhbah) from where you can view the entire red sandstone rock city. Thereafter you will be transferred to the village of Wadi Musa.
Overnight: Wadi Musa (modern Petra)  (B)

Saturday:  Wadi Mousa (modern Petra) – Amman
Today’s adventures will begin with you driving south to the towering mountains of rock formations of Wadi Rum, which mesmerised Lawrence of Arabia. You will go on a 2-hour jeep drive through the moonlike landscape of the Wadi Rum desert and visit Lawrence Spring and Khazali Canyon. Thereafter you will travel back north and visit Madaba home to the remains of a Byzantine church with a fascinating ancient mosaic map, the oldest surviving original cartographic depiction of the Holy Land and Jerusalem. Then you will return to Amman.
Overnight:  Amman  (B)

Sunday:  Amman – Sheikh Hussein Bridge – Jerusalem / Tel Aviv
After an early breakfast drive to the border crossing and back into Israel and on to Jerusalem or Tel Aviv.  (B) 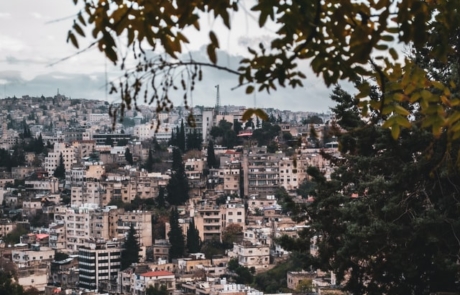 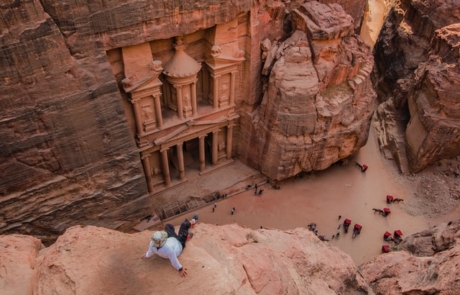 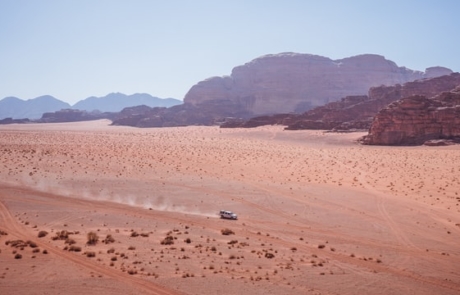