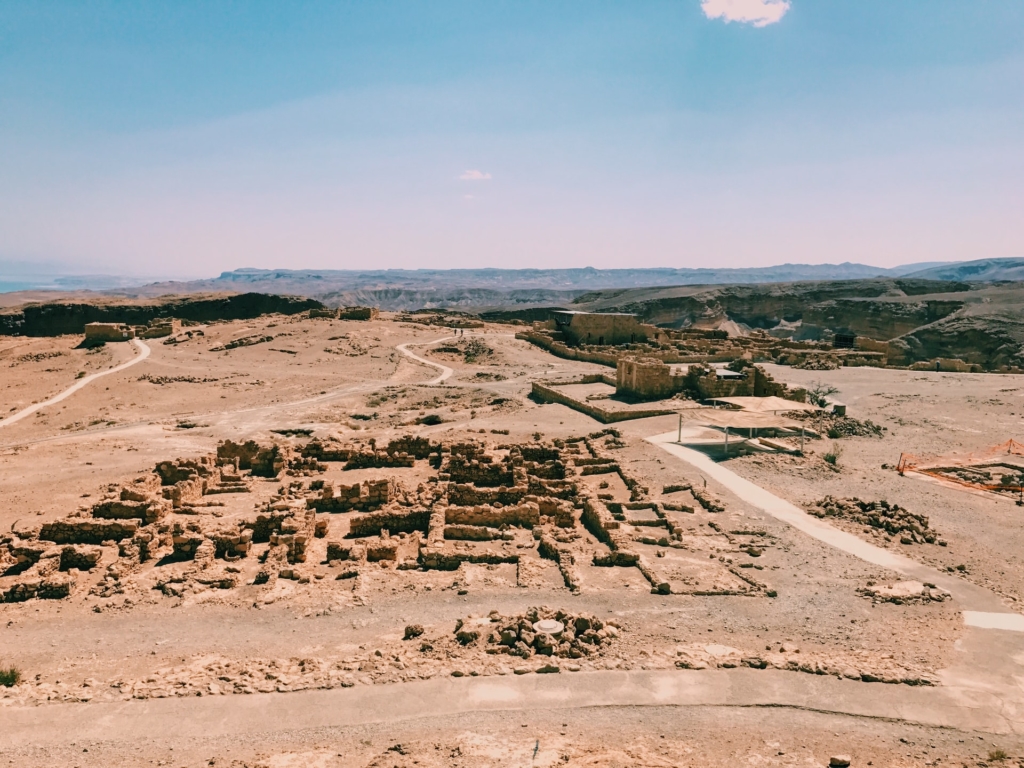 You will arrive at Tel Aviv’s Ben Gurion Airport and be transferred to your hotel in Tel-Aviv.

Leave Tel Aviv and drive via Ashdod and Ashkelon to Beersheba, the capital of the Negev, for a short visit. Continue via Arad to Masada. Ascend by cable car to the fortress which was the last stronghold of the Jewish Zealots in their war against the Romans nearly 2000 years ago. Visit the excavations, including Herod’s palaces, the synagogue, the bathhouse, and more. Enjoy the breathtaking view of the Roman camps and the Dead Sea. Descend for a possible “float” in the salty water of the Dead Sea, the lowest point on earth. Travel via Ein Gedi and Kalia on to Jerusalem.

Your day will begin with a visit to the Israel Museum’s Shrine of the Book, the current home of the famous Dead Sea Scrolls, and then see the beautifully renovated Model of the Herodian city of Jerusalem, as it was at the time of the Second Temple. From there you will visit Ein Karem, a picturesque village in the southern outskirts of Jerusalem that has attained significance at it is believed this is where John the Baptist was born. Thereafter continue to Yad Vashem, the official memorial to the Jewish victims of the Holocaust which was established in 1953 at the foot of Mt. Hertzl. The day’s final visit will be to Bethlehem to see the Church of the Nativity and Manger Square, before returning to the hotel.

Today will be spent exploring the Old City of Jerusalem. You will see sites such as the Western Wall and the actual site of the Second Temple and the Temple Mount. You will be able to walk the Way of the Cross, the Via Dolorossa, all the way to Calvary and the Church of the Holy Sepulchre which houses both the traditional site of the Crucifixion and the Tomb of the Resurrection. Drive to Mount Zion to the southwest and just outside the Old City, the location of the traditional tomb of King Davin and the Room of the Last Supper. Then you will be able to enjoy a spectacular panoramic view of Jerusalem, this city that holds tremendous importance for three of the world’s largest religions. Thereafter you will visit the Garden of Gethsemane where Judas betrayed Jesus. Finally you will return to Jerusalem and visit a neighbourhood in the heart of downtown Jerusalem, Mahane Yehuda, the largest open market in Israel and the perfect place to experience the flavours, aromas and colours of the city as well as colourful trader interactions.

Leave Jerusalem and drive north via Jericho, the oldest city in the world. Drive through the Jordan Valley to Beit Shean. Visit the excavations of this beautifully preserved Roman City. Proceed to Nazareth to visit the Christian holy sites including Church of the Annunciation. Then continue via Hula Valley to Safed, often called ‘the city of the Kabbalah” (Jewish Mysticism), to visit a synagogue and the artists’ colony. Continue to the Kibbutz where the tour group will spend the night.

Drive to the Golan Height passing by Banias, the source of the Jordan River, former Syrian fortifications and the Druze Villages. You will visit an Israeli vineyard where you will be able to get acquainted with a collection of fine and rare wines on a wine tasting and go on tour giving you an understanding of the wine production process. Drive along the shores of the Sea of Galilee to Capernaum to visit the ruins of the ancient synagogue. Then visit the Mount of Beatitudes, the traditional site of the ‘Sermon on the Mount’, and Tagbha, where the miracle of the fish and the bread is said to have taken place. At this point the tour group will then be presented with a choice of taking an additional option excursion sailing a boat across the Sea of Galilee to experience the tranquillity and scenery which has barely changed in 2000 years. This excursion will only be possible if sufficient people elect to participate and will cost approximately USD 15 per person, payable on the spot only. Thereafter you will be transferred back to the Kibbutz Hotel.

Drive west to Acre (Akko) for a visit of the famous old Crusader stronghold and medieval fortifications. Then continue to Haifa where you ascend Mount Carmel for a panoramic view of the city and catch glimpses of the Baha’i Shrine, the Persian Garden and Haifa Bay. Proceed along the coast to Caesarea to visit the Roman Theatre and the Hippodrome. End the day with a short city tour Tel Aviv and the ancient port of Jaffa (Joppa).

After breakfast you will be transferred to the airport. (B) 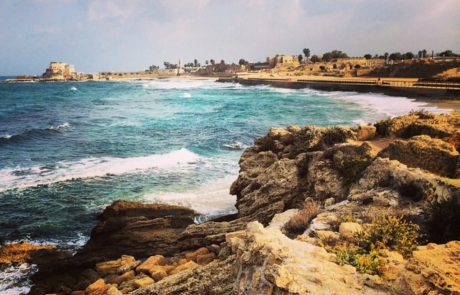 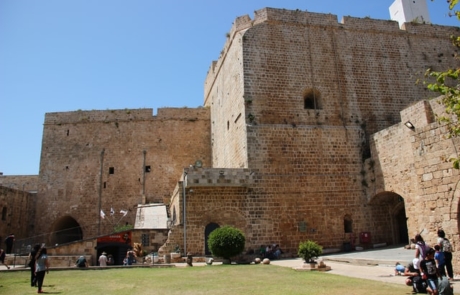 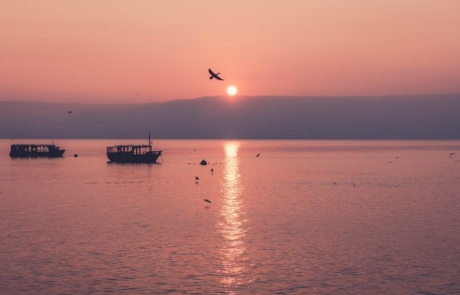