The three Maltese Islands; Malta, Gozo, Comino are surrounded by the beautiful blue sea with a total of 140 km of coastline. The islands cover a combined land area of 316 km2. These three delightfully contrasting islands make up the Maltese Islands as we know them.

Malta: Golden sunshine, crystal clear waters, unique history, natural beauty, art and architecture, entertainment, and activity- one of the most charming destinations in the Mediterranean. Many cultures have left their marks through the ages and visitors can see pre-historic temples, catacombs of early Christians, medieval buildings, Auberges built by the Knights of St. John and more recent World War II exploits, all scattered in different parts of the islands. Malta has many picturesque beaches and beautiful rocky coves ideal for swimming and scuba diving.

Gozo: The second largest island with a spectacular green countryside, rugged coastal cliffs, steep valleys and beautiful bays. The countryside is recognised by its rubble walls and prickly pear hedges peeping over or bordering terraced fields. Gozo has an amazing coastline with its tiny creeks, sandy beaches, blue sea, majestic rock formations and protruding watchtowers. It is an island with distinct charming character, old traditional farmhouses with their typical archways, balconies embellished with balustrades, flowerpots, Georgian style facades, roof gardens and bougainvilleas. Gozo is also described as a Mecca for diving.

Comino: The third and smallest of the islands is named after the herb Cumin which was once cultivated on the island. The clear warm seas and sheltered bays make this island perfect as a swimming and snorkelling retreat.

LOCATION
The Maltese Archipelago lies virtually at the centre of the Mediterranean, with Malta 93 km south of Sicily and 288 km north of Africa.

CLIMATE
Malta’s climate is strongly influenced by the seas and is typical of the Mediterranean. Winters (November-April) are mild, with occasional short chilly periods. Summers are hot, dry and sunny. During spring and autumn, very hot wind from Africa occasionally brings unseasonally high temperatures and humidity.

LANGUAGE
Maltese is the official language of Malta. English is widely spoken and understood.

Below are a few hints that may help you when planning for your trip to Malta:

CLIMATE
Malta’s climate is typically Mediterranean. It is warm most of the year. Between April and September, there is virtually non-stop sunshine with temperatures around 30 °C. In winter the temperature rarely drops below 12°C. Snow or frost is unknown and rain is likely to fall only between November and February.

CLOTHING
In summer it can be very hot, so bring only loose, cotton clothing. Sunglasses and a brim are essential. If traveling between October and May, bring a raincoat or umbrella; during winter months, add a heavy sweater and strong shoes.

LANGUAGE & RELIGION
Maltese (a Semitic language) is spoken in Malta and Gozo but nowhere else in the world. English is the second language and is spoken, or at least understood, by the vast majority of the population.  Malta is a Roman Catholic country but all religions are tolerated and services are held in various languages for foreign visitors (on Sundays).

Hotels accept traveler’scheques, but shops and restaurants will take only cash or credit cards. ATM’s are available at most localities and accept major credit cards.

BUSINESS HOURS
Malta opens early for business with the working day usually running from 8:30am – 5pm. In the summer months work will start and finish even earlier. Shops are generally open 9am – 7pm Monday to Friday, with a long siesta-like lunch break between 12:30pm and 4pm, and mornings only on Saturdays.

Banking hours vary but are usually 8.30am – 12.45pm Monday – Friday. There is a 24-hour, seven days a week service available at Malta International Airport.

TIPPING
You will generally find the Maltese people to be willing and eager to help you without expecting a reward, but we still urge you to conform to worldwide trends in this regard. Hotel porters should receive a small tip ( € 1) for carrying your luggage (unless traveling in a group in which case this may be included in the tour cost). Guides and drivers should also receive a gratuity and the customary 10% is recommended for restaurant visits and room service.

LOCAL TRANSPORT
Buses: the system is both reliable and inexpensive (not more than a few cents). Services start at 5.30am and stop at between 10 – 11pm. The main bus terminus is at Valletta from where buses operate to all parts of Malta, although there are also direct, point-to-point, services. The cost of a bus route ranges from 46 Euro cents to 1.65 Euro cents.

Taxis: You can pick up a taxi at the various ranks around town, at the airport,harboursand outside hotels. Street hailing is not normal. It is wise to insist that either the meter be switched on, or make sure you agree a price before you start your journey.

RE-CONFIRMATION OF RETURN FLIGHTS
Please remember that it is imperative to re-confirm your flights at least 72 hours prior to departure. Failure to do so may result in automatic cancellation of your flight. 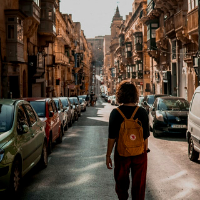 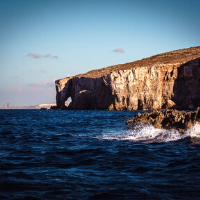 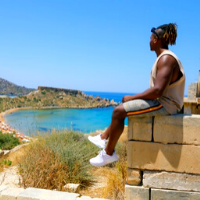