No matter how much literature one reads bout Italy, there is really only one way to understand why Italy has inspired so many artists through the ages: choose Italy as your next holiday destination. The atmosphere, the colours, the climate, the breathtaking landscapes, the spontaneously hospitable people, the culture, the delicious food and the generous wines will capture your soul. For the romantic at heart, Italy is paradise. What can be more romantic than a gondola ride along the canals of Venice, a late evening stroll along the banks of the Arno River in Florence or watching the sunset on the Roman skyline or in the gentle slopes of the Tuscan and Umbrian hills covered with olive groves and vineyards? History and art lovers will be stunned by the variety. Italy had been the cradle of many civilizations, the vestiges of which can be admired in their original splendour throughout the country from the small villages to the great cities. Each Italian region cherishes a richness of ancient tradition, folklore, craftsmanship, and heritage. Be prepared for some shopping amongst exclusive shops and boutiques where exquisite Italian designs are proudly and elegantly displayed. Jewellery, clothes, shoes, furniture and cars are some of the items with which the Italian stylists have conquered the world. Welcome to Italy!

LOCATION
Italy is a country in southern Europe that extends into the Mediterranean Sea, Italy is bordered by Monaco, France, Switzerland, Austria and Slovenia.

LANGUAGE
Italian is the language of the majority of the population, but there are minorities speaking German, French, Slovene and Ladino. English is widely spoken in tourist establishments.

Below are a few hints that may help you when planning for your trip to Italy:

VISA
A visa is required for South African passport holders.

TOURIST TAX
Italy has enacted a tourist tax for hotel guests that will be collected by the hotel at the time of check-in.  The tax rate varies depending on the category of the hotel, location and dates of stay from €1.00 – €5.00 per person per night.  Please ensure you have budgeted for this.

CLIMATE
Italy is situated in the temperate zone, but with a great variance in temperatures and climates. In the Alpine regions the winters are severe and the summers warm and pleasant. Further south, a typical Mediterranean climate is the rule, with cool (and at times rainy) winters and warm and dry summers. As an example, average rainfall in Rome varies between 130 mm in November and 20 mm in July, average temperature in November – February is 5 – 14 degrees (Celsius), in the summer months (June – September) temperatures range between approximately 20 and 30 degrees.

CURRENCY
The currency used is the Euro.  The bills will come in denominations of 5, 10, 20, 50, 100, 200 and 500. The design of the bills is the same throughout the euro zone. Coins will be worth either one or two euros or in euro cents — 50, 20, 10, 5, 2 or 1. The coins will have a common face on one side. But on the other side, the symbol will differ from one country to another. Whatever the denomination, the same euro bills and coins can be used in all of the euro zone countries.

CLOTHING
Clothing depends on the time of year and your destination within Italy. Italians tend to dress quite formally except at the coastal resorts during the summer months. Casual clothing and footwear (such as trainers) are quite acceptable during the day but you should dress up when going out at night. “Modest dress” is required when visiting monasteries and churches. Comfortable shoes are a must.

LANGUAGE
English is relatively well spoken in tourist areas, but off the main tourist route, a basic knowledge of Italian would be an advantage.

ELECTRICITY
Italy has the same voltage as South Africa (220V). The majority of electrical sockets take a two-prong plug. An adaptor- set (multi plug) is recommended.

BAGGAGE
Very few hotels offer porter service; so ensure that you can carry your own baggage.

SIGHTSEEING
This is done to a large extent on foot, so passengers must walk more than they normally do in S.A.

WATER
Although OK to drink from tap, tourism authorities recommend you drink bottled water. This is far cheaper if bought at kiosks rather than in your hotel.

PUBLIC TRANSPORT
The rail network is recommended between the cities. Taxis are relatively expensive, and seldom stop if one tries to hail them on the street. However, taxi stands are found in most tourist areas.

HOTEL LOCATION
The location of your hotel is important, due to the relatively expensive public transportation system. The city centre is the place to see and be. It is usually cost-effective to pay a little more for a centrally located hotel, rather than “saving” on accommodation by booking in outlying areas – the saving will probably be negated by transportation costs to and from attractions.

TIPPING
Service is included in all restaurant bills, so there is no need to tip ifyou do not want to do so. However, the Italian service industry is so poorly paid and waitering is considered a profession, a tip for good services would not be amiss. The Italians themselves often leave small change when paying for a drink and tip approximately 5% at restaurants. Tip taxi drivers and porters approximately Euro 1.-, depending on distance and/or pieces of luggage.

Guides and drivers should also receive a small gratuity for good service.

SHOPPING & FOOD
A number of goods are particularly associated with Italy such as fashion, porcelain, leather – shoes, handbags, wallets and belts. Foodstuffs, such as cheeses, cured meats, olive oil and wine, and of course pasta, wine and delicious breads. Everywhere from the smallest village to the largest city, there is at least one weekly morning market where you can find everything from clothes to pottery and foods. 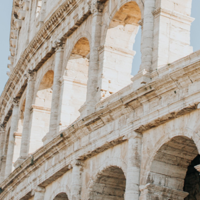 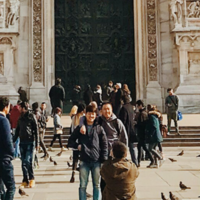 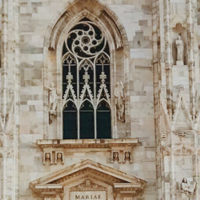 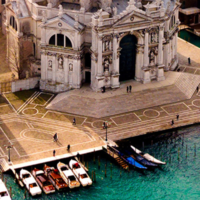 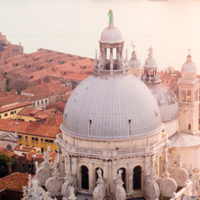 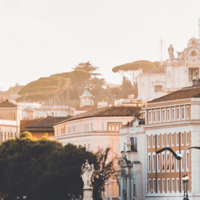 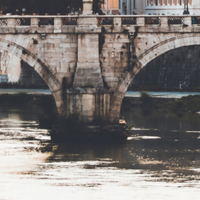 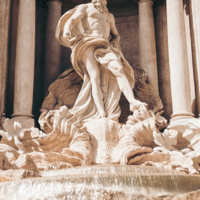 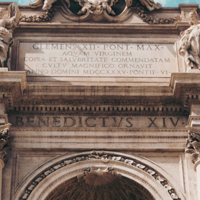