Port Elizabeth  (usually referred to as PE, or the friendly city ),  is a major port and industrial centre, The biggest coastal city between Cape Town and Durban.

It has endless soft beaches, a revamped seafront area and some interesting historical architecture. Port Elizabeth is celebrated for its long hours of sunshine and the warm waters of the bay, making it a good place to try some watersports. The city’s other great draw is its proximity to a number of game reserves. The most popular, open for game viewing, are the Greater Addo Elephant National Park and the Shamwari Game Reserve. These offer the opportunity to see the Big Five without having to worry about malaria. There are also good diving sites around PE, including some wrecks and the St Croix Islands, a marine reserve. Market Square is probably PE’s most attractive corner, with a couple of fine buildings.9iThe City Hall was built between 1858 and 1862; the clock tower was added in 1883. While part of the hall is still used by the council, it is also now a lecture and concert hall for public performances. One should look out for a replica of the Diaz Cross in Market Square. This was donated by the Portuguese Government to commemorate the arrival of Bartholomeu Diaz in Algoa Bay in 1488. The Prester John Memorial stands in Fleming Square, behind the City Hall. It is dedicated to the mythical king-priest and the Portuguese explorers who discovered South Africa. It was unveiled in 1886 and its thought to be the only monument in the world depicting Prester John. The monument is in the form of a large Coptic cross.

PE or Nelson Mandela Bay, is fondly referred to as “Ibhayi” by Xhosa speakers, “Die Baai” by Afrikaners and “The Bay” by English speakers 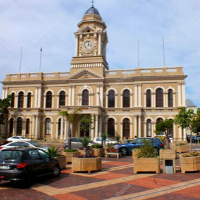 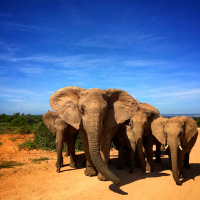